It took over eight years...

When we moved into our house over eight years ago, someone had done a quick once over on the house to flip it. Painted the walls beige, layed down some Home Depot tile, and did a once over on the hardwood floors. It was enough to give any perspective buyer a chance to see themselves living there. Nothing stuck out as an eyesore. There were plenty of things that I noted wanting to change, but nothing that I felt wasn't doable.
The very first thing to be changed out was the light fixtures in the house. I was so excited to do so, that  I almost dropped a ceiling fan on my head, because I couldn't wait for help. That goes back to the point of the sellers were wanting to give the appearance of a freshly updated home, without actually doing things the right way. The ceiling fan was not properly mounted, and so when I was up on a ladder expecting to drop down the ceiling plate to expose the wiring, the whole fan came down ontop of me. Leaving me to hold the weight of the fan on my head while trying to get the wiring loose.
Either way, I survived to tell the story. My boyfriend at the time, now husband, was upstairs sleeping just to show you my impatience. I had to get up and switch out the ceiling fans by myself at 6am. Good plan. 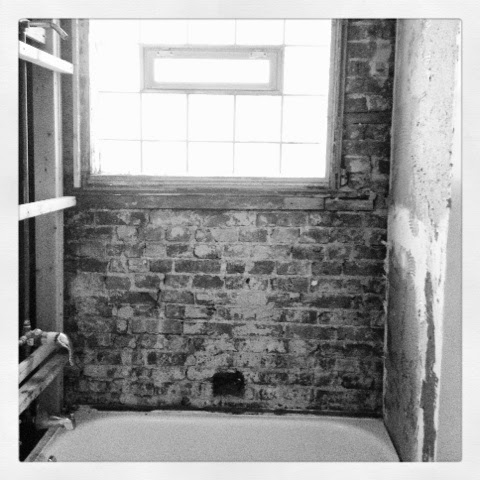 So, now when I tell you it took more than eight years to tile our shower you will understand that it was a long time coming. One of the things I immediately wanted to change was the surround in our shower. The flippers had put up some sort of laminate fiberboard, that originally looked fine until someone actually showered in it. Then it slowly started to splinter, and then peel.
I had always said I wanted white subway tile. I never swayed from that esthetic. The big problem was that our house only has one bathroom. That is not a problem when it's your job to clean the bathrooms, it's only a problem when you need to use the bathroom and someone else is using it, and when you need to renovate your bathroom.
Finally it was time to do something to the shower. My Mother's Day gift was the gift that keeps on giving. I was gifted boxes of white subway tile and a borrowed wet saw. I should say the plan was for my husband to tile the shower for me, but when the fiberboard came down it was clear one of the big reasons the shower immediately started to fail was it wasn't done right in the first place.
My husband spent quite a bit of time putting up the structure to hang the proper cement board for the foundation of our new shower walls.
We did one wall together, and when you are tiling it is really nice to have one person laying the tile and marking them, and someone else on the saw, cutting the tiles.
But after two days he had to return to work, he asked"Do you want me to show you how to work the tile saw?". Knowing that we didn't have a working shower I happily said yes. Probably for anyone that could concentrate on tiling a shower could have finished the job in a day. Me, being a Stay-at-Home mom that also has a handful of other jobs, it took a couple of days. I was able to get about 4 tiles cut and layed before I had to refill a sippy cup or change the tv channel.(Yes,I relied on my 2year old to watch a lot of tv while I tried to get our bathroom back into working order.) 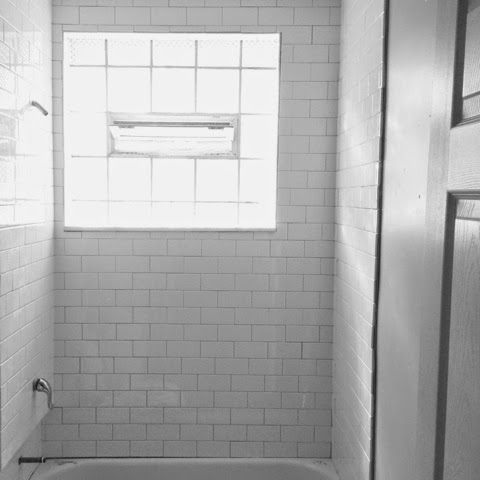 But it happened. Two weeks without being able to shower at home. TWO WEEKS. 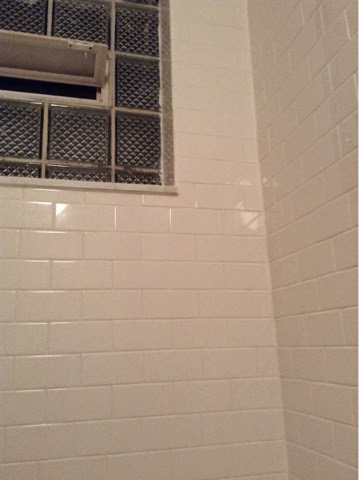 Since the project turned into MY project, I decided to find a piece of reclaimed marble for the windowsill. I think it added a great detail to a kind of un impressive window. 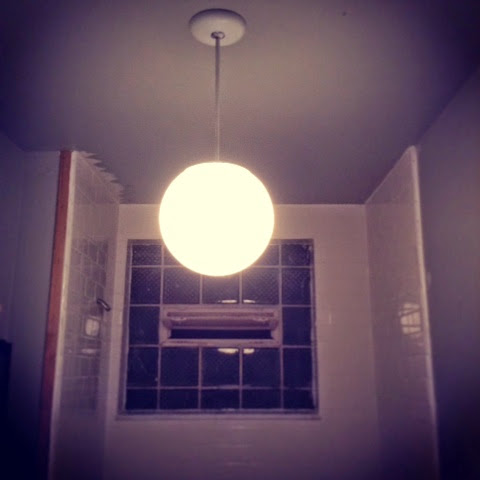 Then, I decided we needed a new(old) light fixture, and then of corse we needed to pull out the vanity and put in a new sink, then the old faucet looked bad and so on.
The bathroom isn't finished, but the shower is in working order. I am proud of the result.
Another skill tucked under my belt. 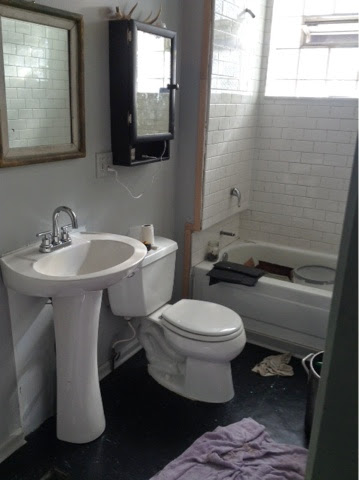