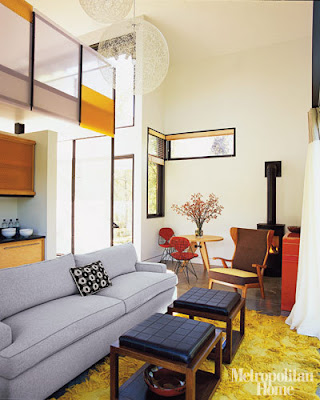 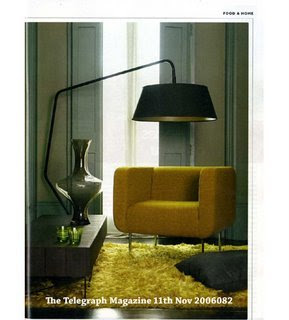 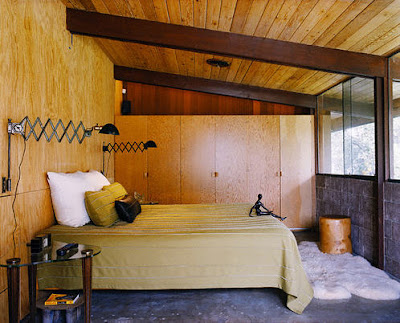 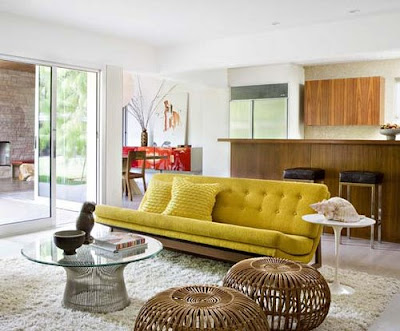 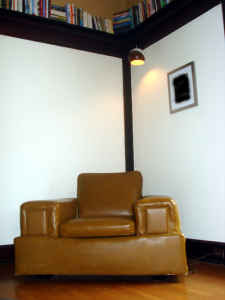 Mustard has really been catching my eye.
credit given to Met Home, desire to inspire, last is a crl find.

Posted by hannah at 1:36 PM No comments: 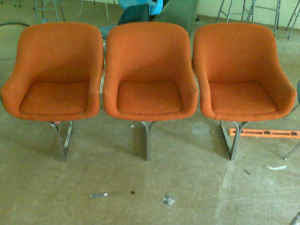 St. Louis MO ;$350
I think this tandem seating would look great in my entryway. Really? $350 ?
good luck. I feel like some people think well, I looked it up on ebay, I should be able to get top dollar for this piece of furniture that I just happened upon, here in St. Louis MO.
Posted by hannah at 8:43 PM No comments: 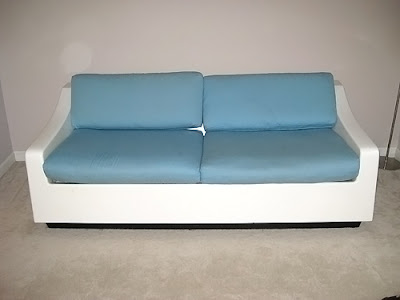 St. Louis MO; $250 again not the cheapest of deals, but this fiberglass hide-a-bed looks cool.
(my husband would not be happy about the comfort factor, but I am definitely form over function)

Posted by hannah at 4:40 PM No comments:

Is that my chair at the Ace Hotel? 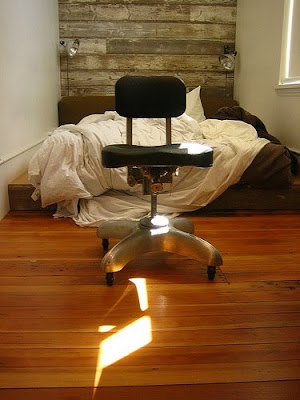 Posted by hannah at 6:07 PM No comments: 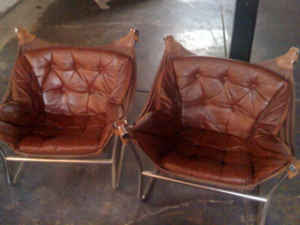 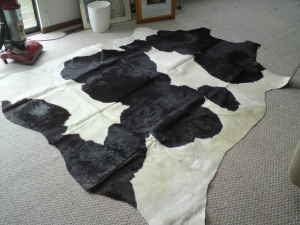 St. Louis MO; $20
I already have an email in, I can't hardly stand the waiting game that craigslist can be.

Posted by hannah at 1:53 PM No comments: 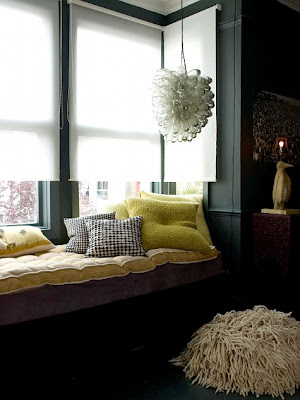 Posted by hannah at 1:21 PM No comments: 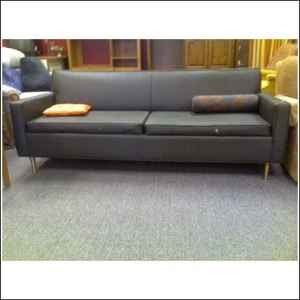 St. Louis MO; $35
I love this little couch and think the color and size would be perfect in my living room. 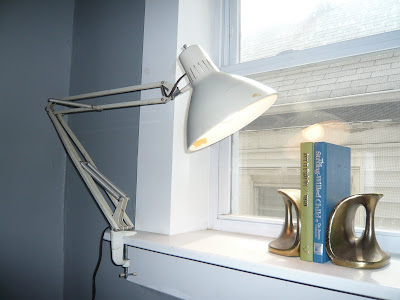 I recently found this Luxo lamp at our Habitat for Humanity Restore. I was in looking for a small vintage medicine cabinet and with no luck, on my way out I spotted this lonely guy. Amongst all of the outdated lighting fixtures, there he sat, his cord had been cut. I then spotted the mounting bracket, and thought if the price was right I would give it a go.
Two bucks is all it took, and a look of sympathy from the cashier.
I brought him home and did a little cleaning, and then he went to the doomed basement. That is where most of my unfinished projects sit collecting dust, making me feel bad every time I go to switch out a load of laundry.
Well, today was his day. I already had a cord and some time on my hands, so I set to work. This project was a little harder than others due to the cord running through the whole length of the lamp in two long sections. It took a little while for me to fish the cord through, but still was maybe just a 20 min. project.
I'm not sure where exactly he will end up, but for now he is enjoying the view, and is no longer stuck in the basement with the rest of the rejects.
Posted by hannah at 4:57 PM No comments: 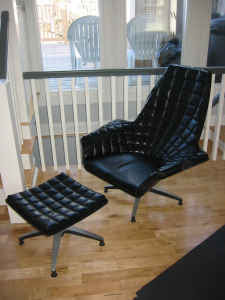 St. Louis MO;$175
It's not the biggest steal but It's really freakin' cool.

Posted by hannah at 2:55 PM No comments: 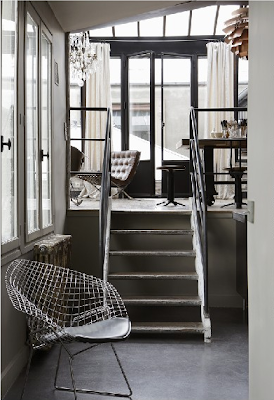 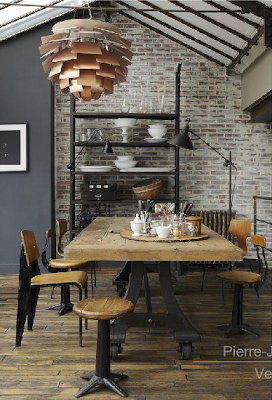 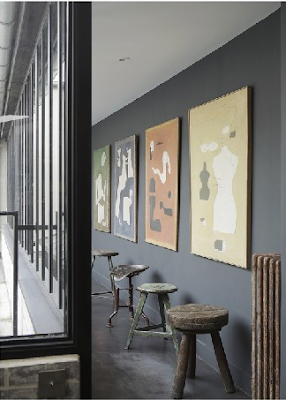 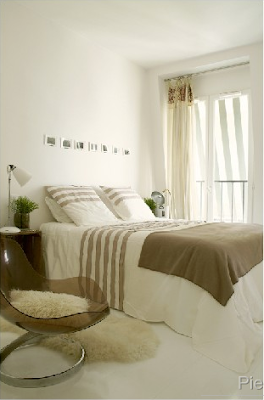 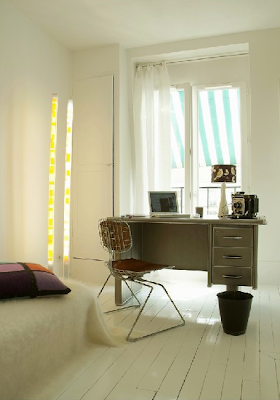 I just borrowed all of these photos from http://desiretoinspire.blogspot.com/. I wanted a place to store these wonderful inspirational pics. It would take a lot of time explaining all that I love from them, so in short I just think they are all great. The photos belong to Pierre-Jean Verger's portfolio and can be found here: http://www.ivisual.com/verger/

Posted by hannah at 2:06 PM No comments: 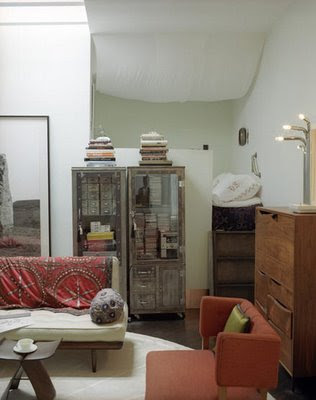 I really like this living space found via http://soulpretty.blogspot.com/
(*I am still not sure that I have my hyperlink down quite yet)
Posted by hannah at 1:34 PM No comments: 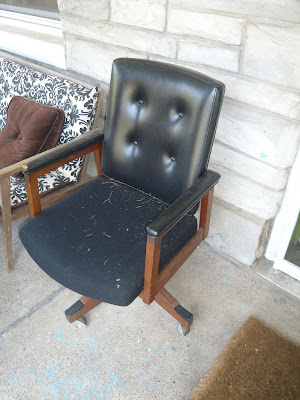 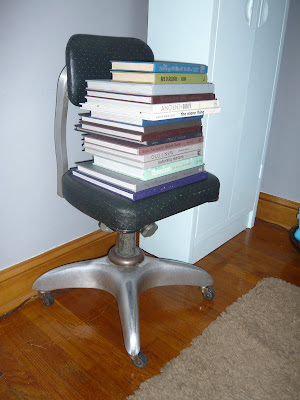 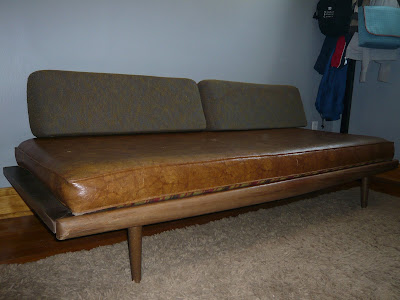 I didn't realize that I had taken a week off of posting, but I guess it's because I've been spending time finding some really cool things. All three photos are of furniture that I've found in different alleys.
I know that I don't NEED anything, but it is so hard to pass up really cool things that are just sitting in an alley, waiting either to be rained on, or for bulk trash pick up to take them to their destiny in a landfill somewhere.
The first photo is of a really cool and solid executive desk chair, most likely from the 70's.
There is a small bummer spot on one of the armrest, I think it will take just about 20 min. to fix and just about $2 worth of black vinyl.
The second photo is of a great machine age Goodform clerical chair. This chair also has a little bit of wear on part of the lower cushion, But nothing that I'm going to mess with. I think this chair is just perfect as is, with its huge aluminum base, almost causing it to look a bit off.
The third photo, is of a cool danish/mid century daybed. I also found this in a alley, almost passed it up, due to the condition it was in. This sweet little couch was missing its legs and turned on its side, making it look more like trash than treasure. As I passed a dumpster down I saw it brown vinyl cushion, and just one back cushion, making me realize what I had just passed up.
I had to come back later with a larger car, and as I was loading it by myself into our car, I could hear the neighbors chuckling. I tried to ignore, and remind myself that I was doing nothing wrong.
I got the daybed, seat cushion and one back cushion loaded into the car, and started scanning the rest of the alley for the missing back cushion. I didn't see it, and didn't want to dig through all of the dumpsters. I started my car, and started to pull away, as the neighbors were still staring and giggling, I decided to stop and ask if it was their trash. They very kindly said no, and told me that all the pieces had been scattered around the alley.
Needless to say, I came home with only one back cushion, but as I felt a little humble scamming the alley, the before mentioned chucklers, were very sweet and probably happy that I was helping clean up their alley.
I came home began waxing the very sad dry wood, I found a set of legs that I already had, and believe it or not I had an extra set of back cushions just waiting to be reunited with a lost piece of mid century modern furniture.

Posted by hannah at 2:49 PM No comments: 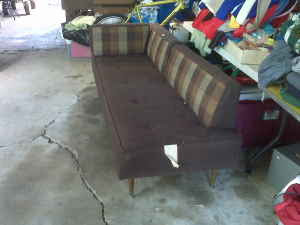 St. Louis MO; Set of two only one shown $10 for both pieces. Does it get any better than than?