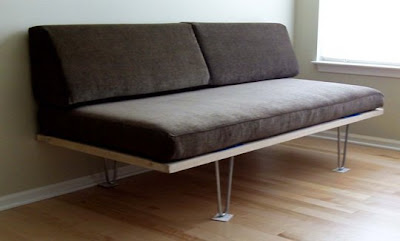 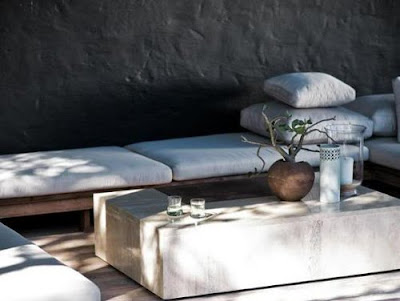 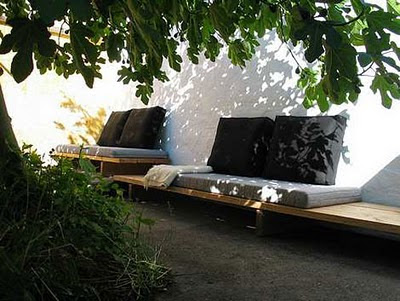 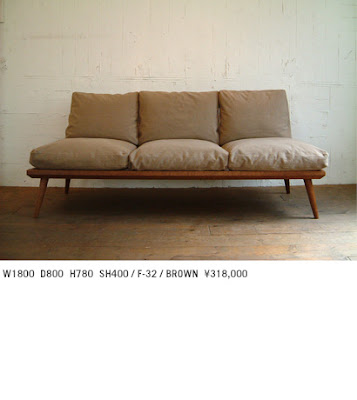 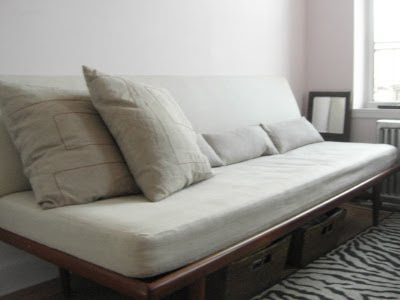 Because I don't have enough unfinished projects, this is my new one. Our house had two black vinyl couches, and on a whim I decided that two was too many. So, one is now gone, and we now have a large empty hole where a couch used to sit. It's kind of nice for the moment, since it's usually too much furniture, not, not enough.
But, if I have an empty space it is sure to be filled, and since Baby J has two Danish modern daybeds in his room, I thought it would be easy enough to just bring one down and be done.
But, its really never that easy is it ? I found a couple of great stone colored, brushed canvas cushions in good shape, I brought them home washed them up, and low and behold they are 6'' too short. So, then I decided we would just make a daybed out of plywood and screw on wooden legs and be done. But, now I'm thinking hairpin. My husband had found a set in the alley, and I think they may work. I'm thinking about not using wedge pillows in the back and going with something more like the last few photos.
I think this maybe a project we'll knock out over the weekend, If I can get rid of this stupid head cold!